Today was the semi-annual meeting of the Maryland State Republican Party, and it was held in Solomons, Maryland. Though I’m midway through my elected term on the county Central Committee, this is not my crowd. Politically speaking it certainly is. But most of these folks are very ‘Type A’ personalities. They love the game of politics and all the aspects of campaigning: signs, stickers, buttons, “button-holing”, arguing, posturing … and dare I say sibling rivalry and in-fighting! I vacillate between finding it immensely amusing or inordinately irritating. But the role of political organization is an honorable and valuable part of American democracy, and so I do it as a calling that found me far more than I found it. 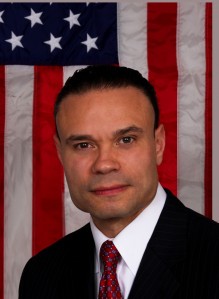 It has been interesting to meet a lot of people who sit in places of power – both in Annapolis and Washington. These are very, very mortal people. Some of them are very fine people, some of them are wannabes, and a few are very troubled people who have gained the world at the expense of their soul. I thought I’d be more impressed with a higher percentage of them than I have been.

But I will tell you that there is one guy I’m totally impressed by, and that is Dan Bongino who is the Republican nominee for United States Senate. He will be squaring off against the incumbent Ben Cardin. Bongino spoke at a luncheon I attended today, and he was amazing in his communication. His word pictures that describe the current situation in America – particularly in economics – are so colorfully illustrative in making complex situations understandable.  He walked through a variety of common sense and workable solutions to an entire host of problems facing America.

Bongino is a bundle of positive energy. He is invigorated by the challenges of problems and the belief that they can be overcome. Having personally grown up in a poor family in New York, and then working eventually with the secret service, he gave up this career at the great personal loss to take on this challenge of running for the Senate.

Actually, my son Jesse is working for the campaign in a volunteer capacity with a team of young guys who are doing research and writing for Dan.

So look for him on the national shows. There is no doubt that this is an uphill battle here in the most blue of states, but Bongino is an impressive fellow whom I think can at least make a race out of this – and so do many pundits around the country.

<As always with political narrative in this blog, I write to remind everyone and anyone that this blog is the opinion only of the author. It represents nothing of the viewpoint of Tri-State Fellowship – which takes no stand or viewpoint upon such matters. Furthermore, all costs associated with this blog are at the expense of the author without any connection to Tri-State Fellowship … not by registration costs or equipment costs, etc.  I have for many years bought my own computers and devices so as to be distanced from any connection.>